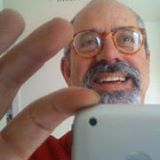 I have the honor to be one of the last people to have documented the playful grounds of Neverland Valley Ranch, having been hired by Michael Jackson to document his “Neverland” dream for use in his 2005 trial. Little did I know that I would someday be asked to review the book about some of the highlights of Michael Jackson’s “Neverland Valley” by the man who created them with him – Robert E. “Rob” Swinson. In fact, my documentary “The Untold Story of Neverland” shows the highlights of many of Swinson’s and Jackson’s creations.

Through Swinson’s book, you learn wonderful anecdotes about Michael’s complete involvement in developing the amusement park and 2 1/2 mile miniature train ride. You also meet Marlon Brando and Elizabeth Taylor, up close and personal, as they come and go during the construction process. You will be introduced to Michael Jackson’s personal artist, David E. Nordhal from Santa Fe, NM, and learn the stories behind the oversized paintings he created especially for Michael, and the fantasy life he lived in his private “Neverland.” This book will help you “feel” what it was like to be a close and trusted friend of Michael’s, about living in “Neverland,” personally sharing some of his very private “life’s footsteps,” and involved in creating a magical wonderland through Michael’s wonderful childlike vision.

Rob and Michael truly “brought out the child” in each other… like the time they howled in unison at a full moon… a precursor to the inspiration for the Thriller album. You’ll learn the stories behind the one-of-a-kind Grand Carousel, the Zipper ride, which Michael declared as his favorite (claimed the world record for the longest ride!), and the Marionette installations in the theatre building… and the disappointment about the roller coaster that never came to fruition.

Michael called Rob Swinson his “Maker of Dreams” and by the time you finish this lavishly illustrated book, with almost two-hundred never-before-seen photos, you will salute Rob Swinson for his commitment and artistry in creating Michael Jackson’s fabled “Neverland Valley Park.”